Osiyo! – That’s Hello in Cherokee – and welcome to my gaming blog!

I have recently gotten back into gaming and have had such a strong urge to write a gaming blog. Gaming is something I love and has been a long interest of mine.

I will be posting game reviews, news, and other gaming-related content.

Probably most of my game reviews will be of older games. As much as I love gaming, it is an expensive hobby and as such, I am not always able to purchase the latest releases. I hope you all will enjoy my blog regardless and I look forward to posting many entries.

Note: Photos are not mine unless otherwise stated.

The Dark Pictures Anthology is a series of horror games by developer Supermassive Games, who also developed Until Dawn, which I love.

The Dark Pictures Anthology began with Man Of Medan in 2019, followed by Little Hope in 2020, and now House of Ashes which was released today. The next installment in the series will be The Devil in Me and will be the season finale. No release date yet, but considering there’s been one new game a year, I would assume this will release sometime in 2022.

From the trailer, the game looks like it will be pretty cool. I can’t wait until there are more details and release date. 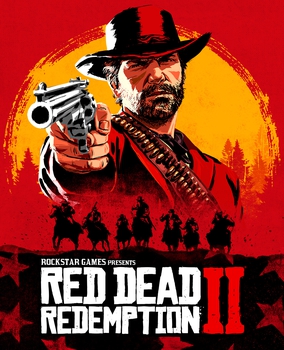 I know I’m late to the party on Red Dead Redemption, but I’ve never been one to play a game just because it is popular. The review will probably contain some spoilers.

I finished Red Dead Redemption 2 about a week ago now. It probably took me about a month to beat. And I’m not going to lie; I became addicted to it. I played it every chance I got. I basically played every day. It’s a beautiful game with a captivating story. Intense and lots of emotion. I became very attached to some of the characters and truly hated some, Micah, for example. And Dutch is one I’m still conflicted about. Was he ever truly a good person? Or just someone who preyed on those who had no one else?

And Arthur, what can be said about him? I feel that he is truly an amazing character. I loved him. His death, along with the horse whom I named Salem, truly affected me.

When I was finally able to take out Micah, it felt good.

The game isn’t perfect. It glitched at times. Arthur and the horses sometimes both did what they wanted rather than the button command put in. However, despite its imperfections, Red Dead Redemption 2 is an experience that I enjoyed so, so much. There are really no words for how much I love this game. If you get the chance to play the game, do so. You won’t regret it.

I have been trying to collect some horror games, most notably Silent Hill. However, some of the titles might be unachievable considering how prices have increased.

And so, I have begun collecting Fatal Frame. I was able to find the first game for a good price on eBay. I’m going for a copy of the second game soon.

Found this at a local store for $13. An older game that hasn’t increased in price yet

I have wanted Little Misfortune since I watched Cupquake’s play through.

It is only available as a digital copy on the Switch. I am happy to have it but so wish I could have bought a physical copy.

What are your recent buys?

The fifth main entry in the Fatal Frame series was released in 2014 on the Wii U. It was only released digitally in the United States.

Fatal Frame: Maiden of Black Water will emerge this year on the Nintendo Switch.

I was actually going to buy this on my Wii U pretty soon, but I’m going to wait to get the Switch version. Hopefully, it will be released physically. I am so excited for this. And here’s to hoping this means new games will be released in the series as well.

Tomorrow is Nintendo’s E3 Direct broadcast, and Nintendo of America confirmed there will be digital Switch deals to follow.

There will be discounts up to 50% starting at 10am.

Here’s to hoping we all get some good deals on games we’ve been wanting. And hopefully, some good games will be announced tomorrow!

Perhaps not the most challenging game or one that got much attention back in the days. but it is still one of my favorites.

I came across this while looking through my Gameboy collection the other day. I remember playing and beating it. Ham-Ham Heartbreak is every bit as cute and fun as you think it would be.

Ham-Ham Heartbreak is an adventure game released in 2003. Playing as Hamtaro and Bjiou, it is your mission to save the hamsters from heartbreak caused by a bad hamster called Spat.

It has been years since I’ve played this game. I’m replaying it and finding that I’m enjoying it just as much as the first time.

Sometimes it is nice to go back and revisit old games.

It was originally announced PS3, PSP, and Vita stores would end come July. However, on the Official Playstation blog, it was stated they had made the wrong decision. PS3 and Vita stores will remain, but PSP store will still retire come July.

The full statement can be read here.

It seems, for now, PS3 and Vita stores are here to stay. Awesome news if you are still looking to buy games or downloadable content for your consoles.

A report published yesterday, stated the PS3, PSP, and Vita stores will be closing.

According to the article, PS3 and PSP stores will be closing on July 2nd with the Vita store following on August 27th. The website Polygon has reached out to Sony for information about the closures, and so far, no reply has been made.

Vita and PS3-only games are available through each store’s consoles. A lot of indie games were developed for Vita digitally only, and that will be a problem for owners of the handheld. And some PS1 games are only available through the PS3 store. Those won’t be available unless Sony decides to put them on the PS4 or if you can get your hands on a physical copy.

If you have games or downloadable content you have been wanting to buy, now is the time to do it. I know I will be purchasing Legend of Dragoon before the closure of the PS3 store.

Legend of Mana was originally released in 1999 on the Playstation. June 24th a remaster of the game will be released on Switch, PS4, and PC. Some changes include the ability to turn off enemy encounters, and save anywhere/autosave feature.

I didn’t have the chance to play the original release, but I am looking forward to this remaster.

Rumors have circulated for years about a new Silent Hill game. It’s been nearly 10 years since Downpour, which is the 8th installment in the series. Other titles in the series, such as Silent Hills – or known as P.T. – were canceled.

Though nothing much has been done with Silent Hill in recent years, Konami remains possessive of its IP. However, a new report says the company is looking for outside companies to partner with to create new entries in franchises such as Metal Gear Solid, Castlevania, and Silent Hill.

Even Silent Hill composer has hinted at a revival of the series.

And yesterday, Bloober Team, who is responsible for psychological horror games Layers of Fear and Blair Witch, has claimed they are working on a new horror game with a very famous publisher. Silent Hill composer recently worked with Bloober Team on their newest game The Medium, and this led people to jump to the conclusion Bloober Team will be the one to develop a new Silent Hill.

It hasn’t been confirmed or denied that Bloober Team will be developing a new Silent Hill.

I don’t know if it will happen. I am a relatively new Silent Hill fan, but I would love a new game. And I think Bloober Team makes good games. Layers of Fear is one of my all-time favorite games.

Do you think Bloober Team will develop a new Silent Hill game?